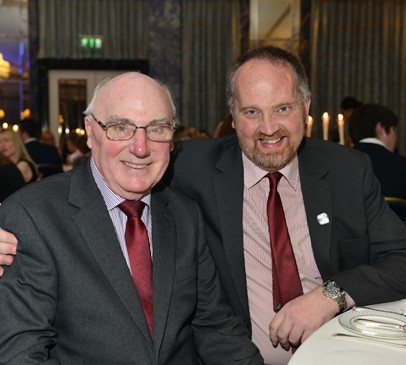 Peter Shaw, Chairman of Headway North Derbyshire, has sadly passed away after a short illness.

Peter, who was 81, devoted much of his life to supporting people affected by brain injury after his son, Neal, sustained a devastating brain injury in 1999.

Peter’s dedication to supporting people affected by brain injury, both on a local level and nationally, led him being named the winner of the Stephen McAleese Outstanding Contribution to Headway Award in 2015.

For almost two decades, Peter led Headway North Derbyshire with dignity and fairness and was a passionate and effective ambassador for Headway. He achieved much and inspired so many to the extent that service users and fellow volunteers referred to him simply as ‘Mr Headway’.

Peter leaves behind a son, Neal, and daughter, Tracey, as well as grandchildren Jack and Mary. He will be sorely missed by all who knew and loved him.

An online tribute page has been created on the Headway UK website, for us to share our memories of our wonderful Chairman, Peter Shaw.